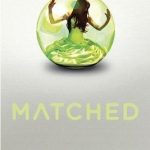 Matched by Ally Conde is YA novel, and although this is not a book my husband would enjoy, my girlfriends would!  It’s a bit Twilight, and a bit Hunger Games, but one of the better in this genre.    I thought it was well written and engaging, and I already have the next book in the Trilogy in my Wish List.  Great summer read! 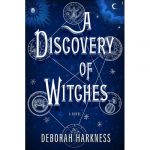 A Discovery of Witches by Deborah Harkness is a bit like Twilight for adults.  Again, not a book I would recommend my husband read, but if you read Twilight, and liked The Da Vinci Code, this is a bit like the two combined.    I have to admit I was engrossed; it’s a guilty pleasure for sure.  I did have one gripe with a plot turn towards the end.  One aspect that bothered me: I am not sure I understand the author’s take on time travel.    If you are going to go there, which I think is fine,  then at least try to have how it happens make sense.  That said, I will still read the second book when it comes out. 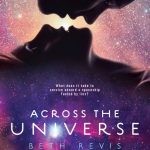 Across the Universe by Beth Revis is a YA scifi novel.  It’s the story of a ship that is launched for a 300 year journey to a new, inhabitable planet.  They call it a “generation ship” since it will take many generations to reach their final destination.   It is an interesting thought – how to run a society while trapped in a tin can for 100’s of years.  How would government work, how would society and the various jobs that must be done be handled, how to control population, how to try and not go mad while basically trapped?  It’s a good read, if not necessarily an extremely happy one. 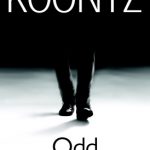 Odd Thomas by Dean R Koontz is the first Koontz book I have read in probably 10 years.   I wasn’t sure what to expect, and at first had some trouble getting into it.  I would describe it as a combination of Sixth Sense and a mystery novel.  I eventually liked the characters, but not sure I will read the rest of the series. It’s a bit too sad for me. 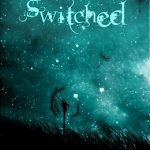 Switched by Amanda Hocking is, yes, another YA novel. This one was a first a self published novel on Amazon.com, available on Kindle, then later got picked up by a publisher once the novel became quite popular on its own.  The writing and story were engaging enough for me to read all 3, but you have to liberally suspend your disbelief.    I may pick up a couple of her other books, which sound interesting 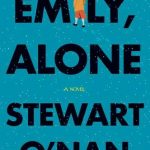 Emily, Alone by Stewart O’Nan was recommended by EW, if I recall. It’s the story of an older woman, living alone, and her internal monologue. With her children moved out with children of their own, a widow, it can be at times amusing, often times sad, sometimes a little slow, but worth reading.  Not sure it’s the best summer read, as it’s not exactly a happy, fun novel, but then, it is not meant to be. 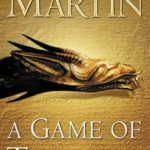 A Game of Thrones by George RR Martin surprised me a bit. I read it because it was finally going to be on HBO (of course, since we don’t get cable I will probably have to wait another year to rent on iTunes – arg!).  I was expecting more of a fantasy novel, which I suppose it is to some extent, but it is more a story of warring tribes and strategy, loyalty, and trust, and fear.   I enjoyed it, but it is long, and I have yet to read the second book.  If you like epics, and battles, and strategy and interesting characters, it’s a good read. 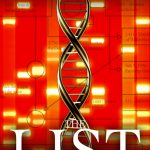 The List by J. A. Konrath was a book my husband found.  Imagine if we could clone famous people from the past, only they didn’t know they were clones. Who would they turn out to be?  Would they be the same heroes or villains they were originally?  This is the bases of the book, which is mostly a thriller with some pretty good humor intermixed.  It’s a quick light read, good for beach reading.

One of my fondest memories is of coconut custard pie for Christmas dessert.  I think that original recipe my mom used was quite complicated and included boiling the milk, etc.  Nothing could be easier than this recipe, and it 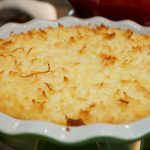 looks and tastes just like the one my mom used to slave over!
Ingredients
2 cups milk (whole milk recommended)
3/4 cups of sugar
1/2 cup all purpose baking mix (like Bisquick)
4 eggs
1/2 stick butter, softened
1 tsp vanilla
1/2 tsp coconut extract (optional)
1 1/3 cup flaked coconut
Put all ingrediants except the coconut into a blender (seriously!). Blend on low for 3 minutes. Pour into greased 9″ pie pan and bake at 350 deg F for 40 minutes, or until golden brown and set.
The amazing thing is the Bisquick sinks to the bottom to form a crust, and the coconut gets evenly distributed into the pie.   Enjoy!

I used to think that protein shakes were for body builders, which you may find surprising to know that I am not.

Then a co-worker convinced me to give them a try – selling me on the concept that they were good for maintaining weight.
Turns out, I LOVE shakes in the morning!  They are a chocolatey treat of deliciousness that keeps me full until lunch, something yogurt or cereal never did.
And nothing makes them easier than this Blender Bottle. Only $6 and free Prime 2 day shipping on amazon.com. You can’t go wrong!

This recipe has been passed down through 4 generations of women in my family. It’s simple in its garlicky, cheesy deliciousness, and a great alternative to mayo! 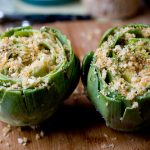 Keep in mind that due to the “word of mouth” method of record for this recipe, the quantities of ingredients are not exact.   I mix the ratios until they look and smell right, which may take a couple iterations to develop to your tastes.
Ingredients:
3-4 artichokes
Italian breadcrumbs
Grated Parmesan cheese
8 cloves of garlic (4 whole, 4 diced)
Fresh parsley, chopped (1/4 cup or to taste)
Olive oil
Directions:
Mix following ingredients in bowl:
* 4 chopped garlic cloves
* Fresh chopped parsley
* breadcrumbs (maybe about 1/2 cup or so – I eyeball it)
* cheese (maybe 1/2 cup or so – again, I estimate this)
Prep artichoke:
* Use scissors to trim off spikes from artichoke leaves.
* Lop off tops of artichokes
* Roll each around on the counter (to loosen artichoke leaves)
* Pull leaves apart (to make room for stuffing)
To cook:
* Spoon in stuffing mixture in between the artichoke leaves. Spread consistently throughout leaves, but don’t over-stuff.
* Place them in pot; make sure they fit tightly.
* Drizzle with olive oil over the top.
* Fill water 1/2 way up the artichokes. and place 4 whole cloves in the pot.
* Bring to soft boil. Cook 40-45 minutes with the top on.
* At 40 minutes, try to pull out a leaf; it should come out easily. If not cook another 5 minutes and try again.
Enjoy!
If made a day ahead, just reheat in the microwave.

I decided to post this because we lost this recipe once, and the only place I could find it is in my handwritten recipe

Pumpkin bars are moist, delicious and super easy to make (try this one), but most recipes I found recommend regular

cream cheese frosting.  Adding a dash of orange really compliments the pumpkin and greatly increases their deliciousness!
3 ounces cream cheese
2 Tablespoons butter, softened
Beat until fluffy. Then add the following and beat those in as well.
1 1/2 tsp milk
1/2 tsp vanilla
3/4 tsp grated orange peel
Sift 2 cups (start with 1.5 and see if you need the rest) powdered sugar and add to mixture above to make spreadable icing.    Spread on cooled bars and enjoy!

Living in the Bay Area, I don’t lack for friends who have shed their addiction to the anesthetizing effects of the Boob Tube by canceling cable. 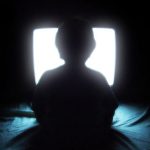 I read here that 18th century London saw a gin craze amongst poor industrial workers.  To numb themselves from the unfamiliar work, terrible living conditions and limited entertainment, they drank themselves into oblivion.
I don’t drink myself into oblivion, but I do watch WAY too much TV.  I think TV is my gin.
Since most shows can be purchased on iTunes, the only reason for us to buy cable is for the news (we are computer nerds and not so much into sports).
Outside of Rachel Maddow, Jon Stewart and Steven Colbert the news is a bunch of spoon fed drivel (and yes, I realize those last two aren’t technically “news” shows but they have the balls to ask genuinely hard interview questions, in other words, to do their job).
Most dramas run their course after 1-2 seasons (I love Glee, but does anyone think it will have genuine legs after this next season? Where can the plot go but in circles?)
So, we too are considering dumping cable and buying only the handful of shows we actually watch (because going cold turkey is just WAY too scary!).
Will we miss it?  The local news is rarely upbeat. The world news is a joke.
For a while, we probably will. But in the long run, I think we will read more good books, eat dinner as a family more often, maybe go to bed a little earlier, and of course feel just a little smugger.  We live in the Bay. What do you expect?  🙂

Catching Fire is the second book in the Hunger Games trilogy.  I loved this one too!   The beginning is perhaps a touch slower than the start to Book 1, but I suppose fire is a bit like that too.  Starts off inocuous enough before roaring to life at a pace you struggle to keep up with.   It will only leave you pining to

read Mockingjay.
Mockingjay is a bit of a different story.   This book continues on the theme of war, with a rapid fire of as many weapons as difficult choices.    What is acceptable in war?  Do you hold on to your humanity, or suspend it for the perceived greater good?  Where do you draw the line?
But if you crawl into this book like I did, thinking you were in the company of a good friend who would tell you everything will be ok, you may be disappointed.  The violence of this “young adult” book rivals anything by Stephen King.
Mockingjay  left my mind filled with horrific images that literally kept me up at night.   True that I am a mother and a big softy when it comes to kids, but still.
Did I love the series? YES! Would I recommend it?  TO EVERYONE!  Did Mockingjay leave me saddened and feeling a little broken?  Unfortunately I have to yes to that too…

WOW.  I was swept up in The Hunger Games and finished it within 3 days. As a working mother of a toddler, that says a lot! 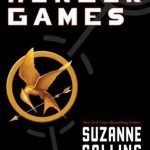 Imagine a future in post apocalyptic North America, where reality TV is taken to a gross extreme.  A society of “haves” ruling a society of “have nots”.   Characters that you root for, cry with, and yet are also flawed in their own way.
I can’t remember the last time I enjoyed reading a book as much as this one.     Maybe The Girl with the Dragon Tattoo, although I might have liked this one a tad more. Dragon had some slow parts, this one, not so much.
I am reading the sequel, Catching Fire now… More on that soon!